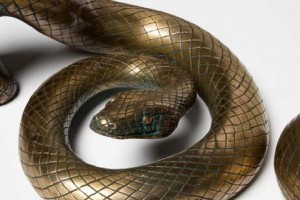 ARTIST STATEMENT
Eyes on animals
As I go through life I always ask the question, “Where do I go to find animals?”

In the city I always take notice of the pigeons, the rats and the pampered pets. I go to the Natural History Museum, the zoo and the library to see how animals are portrayed. In a supermarket I look at the fish and meat products and the pictures of animals on packets and tins. I find animal documentaries on television truly fascinating. The way we see animals and our relationship with them interests me greatly.

Animals are the subject of my artworks. Since prehistoric times we have celebrated the lives of animals in art and daily-life. I see my artwork as a continuation this history. Human representation of animals is a very rich and complex subject of investigation. On one level it is the simple delight of recognition. It reflects a sense of awe and wonder we have for the diversity of other animal species. On another level the representation of animals reveals a complex relationship of political and environmental issues. As an artist with a concern for animal welfare I have employed a variety of approaches that consistently examine these relationships. It has been my journey for over 25 years.

Names for animals
The way we see animals and the names we give animals creates meaning for their lives. Formed in history animal names originate from early hieroglyphics and pictograms or other linguistic, sensory observations of their behaviour; the sounds they make, their shape, size, colour or their usefulness or threat to humans. Animal totems, myths, folklore, literature, illustrations and taxonomies created by humans give meaning to animal lives. This generates an idea of an animal that has little connection to its actual existence. In reality it about how humans perceive the world.

In the form of sculpture, performance and drawing my artwork takes a critical view of the social, political and cultural construction of the lives of animals. I am interested in the language we use to construct an understanding of an animal. My sculptures employ a variety of materials. They are illustrations of animals created through a poetic synthesis of material and language.

THE ARTIST
In 2011 Steven began research for a doctorate degree at the Australian National University. His focus is on the representation of elapid snakes of the Canberra region and snake symbolism. This he hopes to realize through working with the ANU School of Biology and the bronze foundry at the ANU sculpture workshop.

An interest in the material of bronze grew out of a commission from the RSPCA and The Australian War Memorial to design a Memorial for Animals in War using a damaged bronze horse head. The Memorial was unveiled in 2009. Prior to this Steven has been exhibiting regionally and nationally over the last 23 years. In 2007 his Australian Raven sculptures made from black plastic bin liners won 3rd prize in the Sculpture section of the Waterhouse Prize for Natural History Art at the Museum of South Australia.

His performances which invite animals to participate are some of his most engaging dialogues about human animal relationships and animal representation.